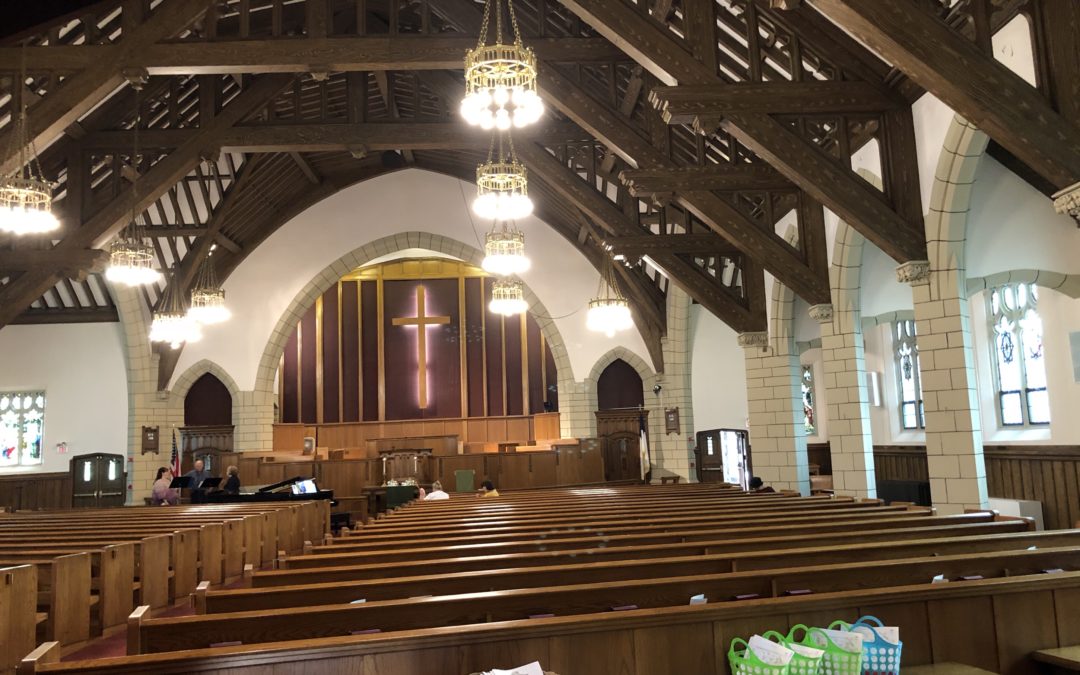 This week we visited a landmark in the town, mainline denominational church.

The architecture was historic and beautiful. As expected, almost everything inside felt like a time warp. Homage to tradition and legacy. But not much evidence of evolving and contextualization with current culture.

There’s much sadness when stepping into these ministries that seem destined to become museums as this last generation of booomers and older disappear.

One of the things that I always look for is signs of the church giving its congregation options for giving.

Well there was no mention of text to give, mobile app given, or other mobile directs option to give immediately, the service bulletin did make reference to an online donation button on their website. “YES!” at least they do take donations online. 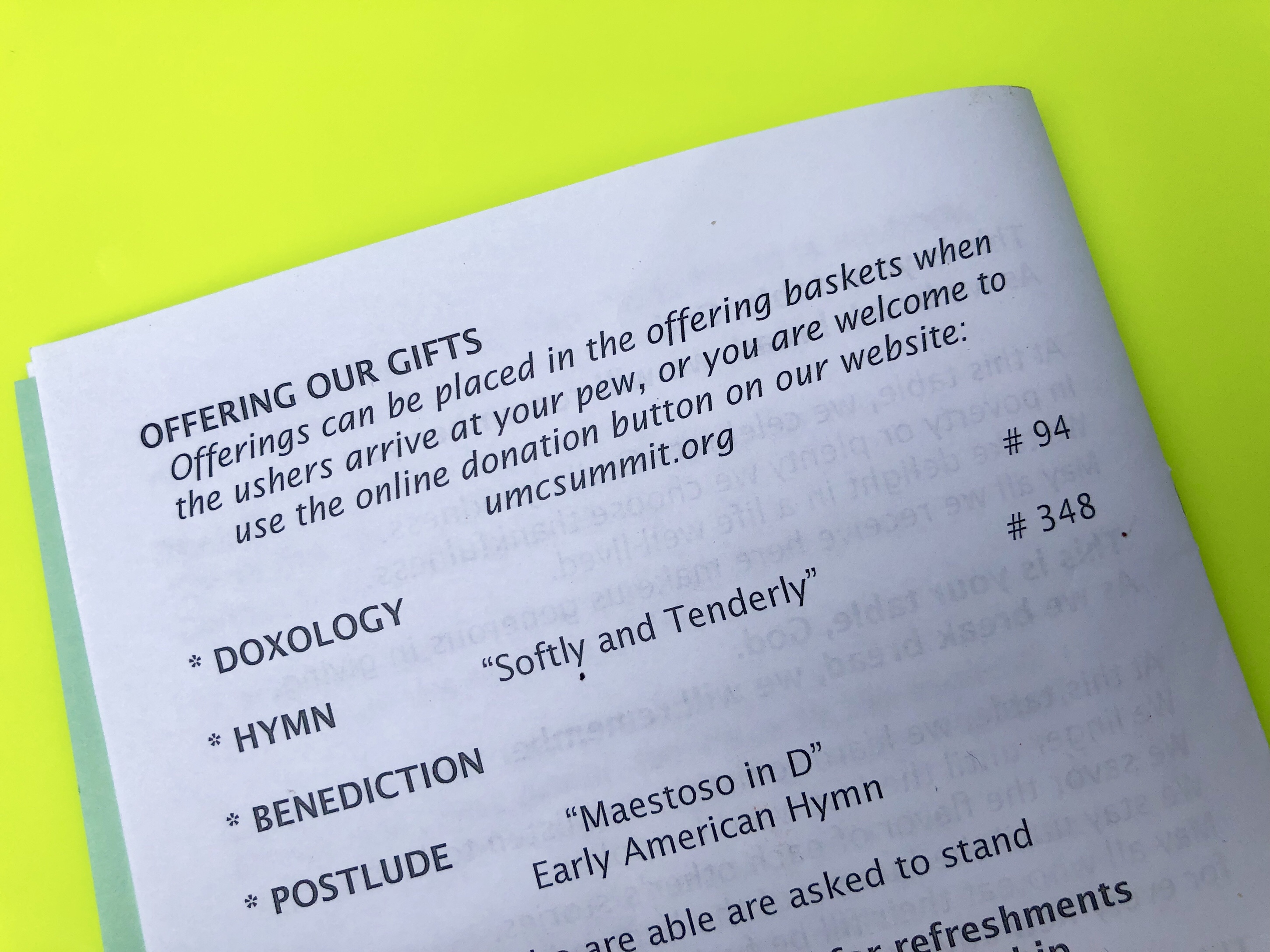 The next step would’ve been to make it easier for people to give in the service, not on the web. Finding the donate button on the church website and going to the process of giving online was tedious. This time consuming. And unnecessarily distracting from the worship service anyone would be sitting in.

That said, this church did have a bulletin insert which featured an option for people who do give electronically. You could use that quarter page insert to place into the offering basket as a symbol of your commitment to support the church financially. 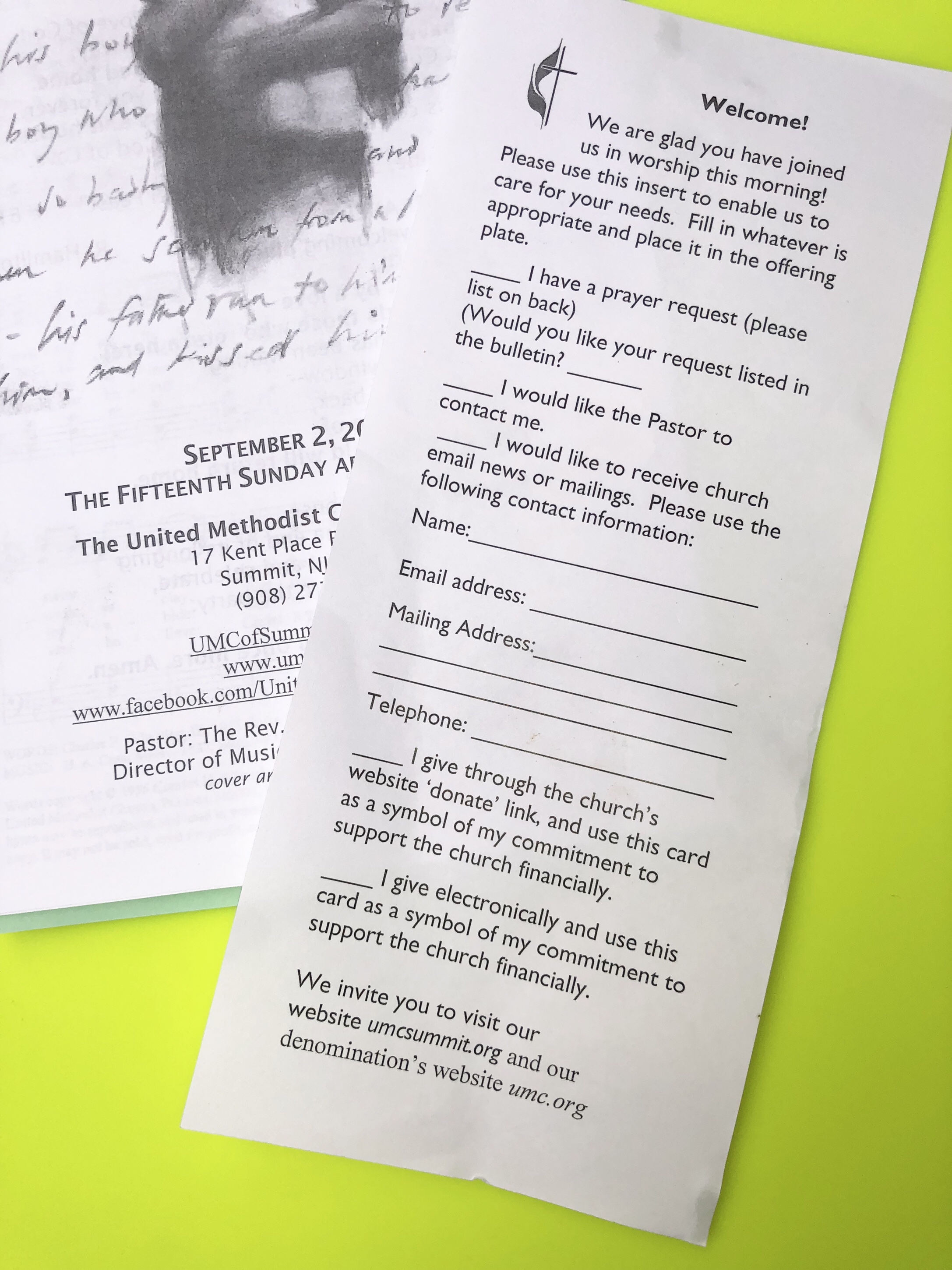 I’ve seen this in a couple of churches before. There are two perspectives on how you can look at this practice:

The first way is to knowledge the awkwardness of receiving the offering plate and having other people see you pass it along without contributing anything. While you should not be concerned about how others perceive you, especially if you are actively giving to the ministry, there is a part of you that wants to make sure no one mistakes you as a slacker in the community! You get it, right?

The second way is to think of it from a very positive participation point of view. I think it is an interesting way to physically involve everyone that is giving during the offering time in the liturgy.

There is something to be said for the physical ritual of everyone putting something into a shared plate that gets passed around to every single person that’s part of the church body and membership. There is sort of a “Book of Acts beauty” to such as shared participation activity by everyone in the community.

Personally, I might consider using some sort of simple open ended question form that captures a prayer or space for encouragement to the ministry that people can write on the card that they drop into the Offering Plate during the physical giving time via check or cash.

In the end, I am encouraged that this church is offering some sort of digital giving solution for other people.

Let me know if your church does something similar or if you have seen this in the past elsewhere.

LEAVE A COMMENT BELOW TO SHARE WHAT YOUR CHURCH enough church leaders are talking about the nuances of embracing online giving with details such as the online giving placard for the offering plate.